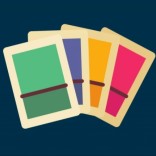 Paul is an esports content creator from Vancouver, BC. He…

Over the past few years, Blizzard has created comics, animated shorts, and beautiful cinematic trailers for their video game Overwatch. Now it’s time for them to publish a novel.

The Hero of Numbani written by Nicky Drayden is going to be published by Scholastic May 2020. It is currently listed for pre-order on Amazon. Here is part of the official description.

“This action-packed novel features the fan-favorite characters Efi, Orisa, Doomfist, and Lúcio in an all-new, original story straight from the minds of the Overwatch game team and critically acclaimed author Nicky Drayden!”

When Efi Oladele was first revealed during the Orisa hero trailer, many speculated at the time that she would be a playable character rather than a supportive story role. Since then, fans have not heard much about Efi and Orisa. However, in this book, readers will get to explore more into Efi’s story, which is great for developing the universe of Overwatch.

Currently, there has not been a confirmation as to how long the novel will be, but we can be sure that it will cover more detailed information than their short comics. At the same time, although many agree that Blizzard’s short stories are amazing, it is not the most effective way of telling long stories and are costly to produce.

Having an officially made novel can finally be the medium where Blizzard can explore their large cast in detail, which is what many fans were looking for since the release of the game.

While creating a novel is a great first step, will Blizzard ever consider creating the campaign mode or animated movie that many players ask for?

Well, we can’t be certain.

However, with Blizzcon coming up next month, this is an exciting time for Overwatch fans to find out what Blizzard has planned for the future of the game. 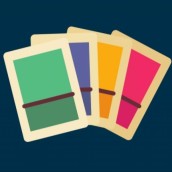 Paul is an esports content creator from Vancouver, BC. He is currently studying Business at Simon Fraser University. For Level Push, he is committed to writing about Overwatch and the Overwatch League.