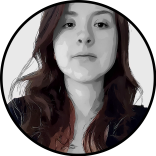 Meg was the inaugural winner of the Standout Student Writer…

The play-ins stage is a part of the League of Legends World Championship format that is often overlooked. Especially this year, with Korea fielding a play-ins team for the first time since the format’s introduction, many people saw the play-ins as essentially a practice round for the major region teams before the ‘real’ competition began in group stages.

Riot Games themselves do not even offer their fan prediction system of ‘Pick’ems’ until group stages begin, perhaps a recognition of the significant viewership gain the broadcast receives after the end of the first stage. The play-ins stage for 2018 received around 56 million unique viewers at its peak, with the group stages receiving 129 million – the viewer base over doubling once major regions took to the stage.

However, something is changing. It began at MS1 this year, with the Vietnamese underdogs Phong Vu Buffalo (now Dashing Buffalo) going 2- 0 up on tournament champions G2 in Group Stages – the only team to hold a 2- 0 record over the LEC super team. Despite being knocked out in the group stages, the seed had been planted.

This year, the play-ins stage was not a simple question of ‘major regions win.’ Where Cloud 9 had previously gone 4- 0, the LC5’s Clutch Gaming were forced into tiebreakers in a group of representatives of the LCL and OCE leagues. The LEC’s play-ins team dropped a game to the LJL’s Detonation FocusMe, arguably one of the weakest teams at the tournament, and were taken to five games in the second round of play-ins by the LCL’s Unicorns of Love. Although all of the major region teams ended up passing through to the group stage, it was not without a hell of a fight.

It can definitely be argued that the representatives of the Big Four in play-ins were weaker than they have been in the past. Last year’s NA representatives in perennial international contenders C9 have been replaced by rookie squad Clutch Gaming. LMS fan-favorite Flash Wolves was nowhere to be seen after a disappointing year that saw them knocked out of MSI group stages for the first time in the team’s history. Where last year, the LEC representatives were current favorites G2, this year saw Splyce make their second ever Worlds appearance. Although there is definitely an argument to be made that these teams are not as dominant as their predecessors, it cannot be denied that this year’s group stages have been some of the closest yet, and not just because the major regions were weaker.

Is it a fallacy to say that the gap between major and emerging regions is closing? In reality, it is hard to say. There are some things that money can definitely buy – the financial security to invest yourself wholly into an esports career for players, the world’s best coaching staff for organizations. But it is true, too, that there are some things money cannot buy. The exhilaration of representing your region on a global stage, the joy of beating an organization whose global reach spans numerous games and players, the heart and determination it takes to soldier on knowing the odds are stacked against you.

This is why the play-ins matter. They are the culmination of years of hard work by teams that would otherwise go unseen, and a reminder of all that competitive gaming is; one moment, one chance, one knife’s edge play, all for the chance to prove yourself. 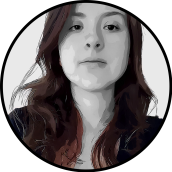 Meg was the inaugural winner of the Standout Student Writer competition held by NSE (National Student Esports) in the United Kingdom. She is currently studying English Literature at the University of Liverpool. For Level Push, Meg shares her knowledge of League of Legends and the UK esports scene.

Despite finishing 4-0, Canyon not pleased with DAMWON performance in play-in groups