A board game adaptation of Tales from the Loop just finished its Kickstarter campaign with flying colors, surpassing its funding goal in a mere three hours after starting. The game is expected in May 2021, but the game’s publishing company has graciously released a free print-and-play version of the tabletop game for those who cannot wait or who didn’t get to make a pledge. However, it appears that you are still able to sign up to be the “first in line” after pledges are taken care of by following along with the campaign and filling out a notification form.

Designed by Martin Takaichi, the board game has 1-5 players take on the roles of local kids living above the Loop who are too curious not to investigate the strange phenomena that is plaguing the island. The game is cooperative, and the goal is to work together to stop whatever odd machinations are afoot. 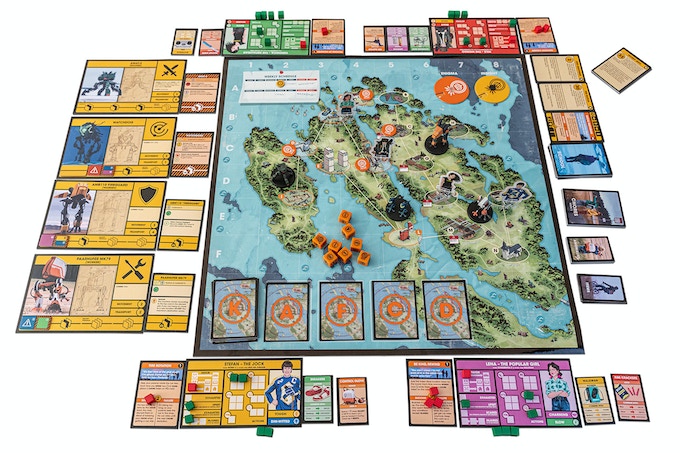 But what even is Tales from the Loop? Perhaps the name crosses your memory from a recent digging of the next television series to dedicate your time to; Amazon launched a television adaption of Stålenhag’s alternate science fiction universe on April 3, 2020. But before that, there was the award-winning RPG campaign put forth by Free League, the very publisher working to alchemize this board game into being. And even before that? Books and paintings that evolved with Stålenhag’s love of science fiction movies and living through the decline of the Swedish welfare state. In The Verge’s 2013 interview with Stålenhag, he stated, “The only difference in the world of my art and our world is that…ever since the early 20th century, attitudes and budgets were much more in favor of science and technology.”

Simon Stålenhag has channeled his experiences living outside of Stockholm into building a retro-futuristic universe through his paintings, writing, and music, where citizens live above a supermassive particle accelerator built under order of the government called the Loop. The alternate world takes place in the 80s and 90s after the Loop’s construction was completed in 1969. Stålenhag’s reimagining of the era tours us through an advancement of technology and AI that has resulted in a rather eerie landscape of imposingly oppressive structures, roaming robots, and frankly, very creepy VR headsets, as they intermingle with human life during that time. Inexplicable events and mysterious and malfunctioning machines, of course, ensue. Stålenhag’s artwork was originally available only online but with the help of Kickstarter, he was able to crowdfund enough resources in 2014 to create Tales from the Loop, a collection of his artwork linked together with a narrative for us to enter into his world. He has since expanded his illustrations to include his visualization of the western United States in this world with The Electric State. Now, a board game enters the mix. 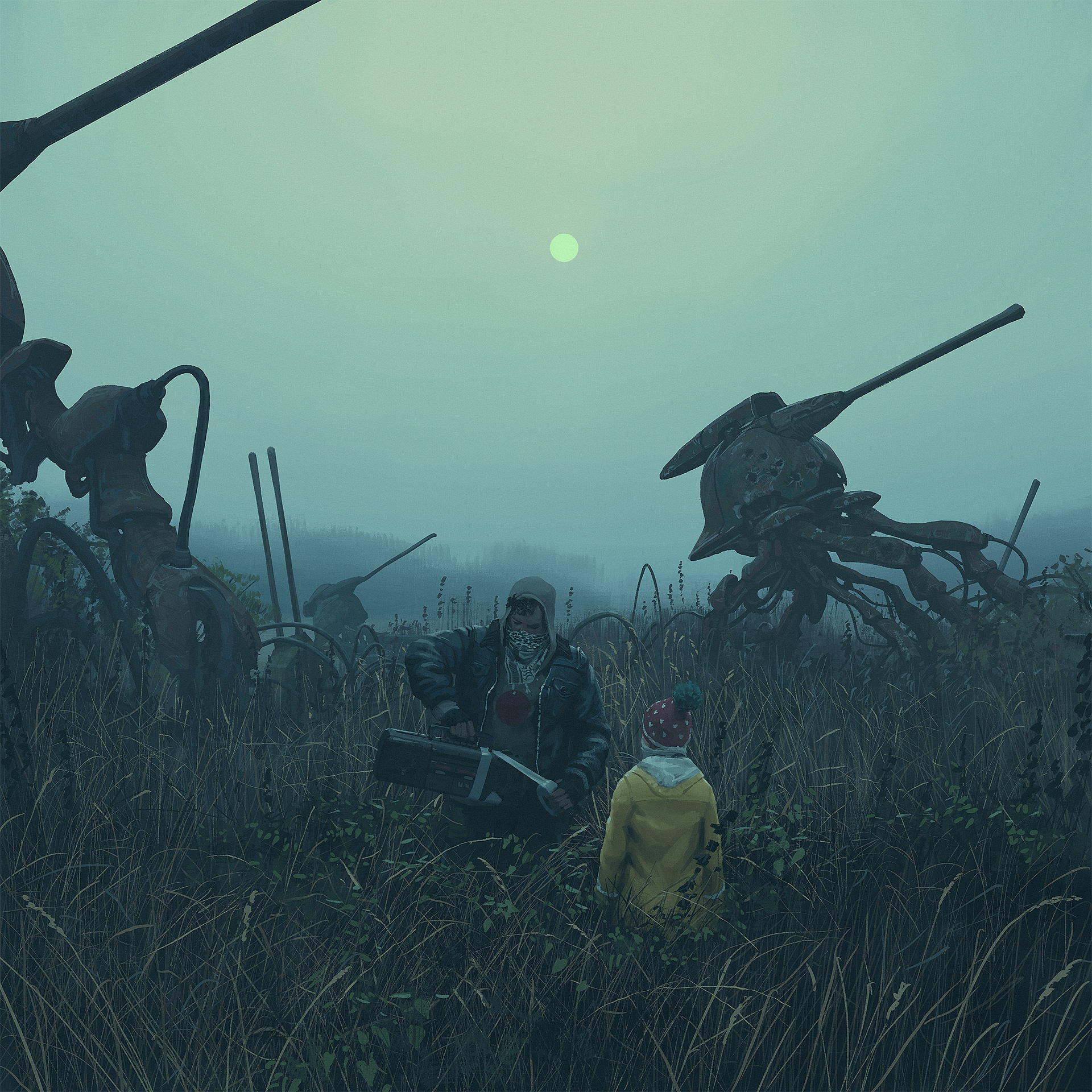 Apart from Stålenhag’s personal worldbuilding, he has worked in the video game industry and created the 2016 No Man’s Sky box art.

His website, with more of his art, detailed shots, and ways to support his work, can be found here.

Pathfinder: Wrath of the Righteous now in Closed Alpha Test