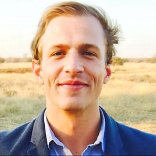 Based in Cape Town, Myles works full time as a…

The Chicago Huntsmen capitalized on their impressive form in Minnesota to secure the first tournament victory of the CDL 2020 season and established themselves as the early leaders in the league race with a 50 point advantage over Atlanta’s FaZe.

London’s Copper Box Arena was treated to a dominant display by the Huntsmen roster who eased past the LA Guerilla’s with a comfortable 3-0 win in their first group match to secure a place in the winner’s bracket. The highly anticipated grudge match between the Dallas Empire and Chicago Huntsmen, now being described as the CDL version of the “El Clasico” rivalry among fans, turned out to be a full-blown series between the two teams. The highly energized crowd – who were muted multiple times during the live stream – added to the level of emotions already being played out amongst former teammates. Seith “Scump” Abner and Matthew “FormaL” Piper took the bragging rights as they ground their way towards a 3-1 win to reach the semi’s and eventually a 3-1 win in the finals.

Paris Legion, who was the dark horse of the tournament, may have shed their underdog title permanently with a consistent performance from Denholm “Denz” Taylor proving pivotal in the wins over Toronto Ultra and the New York Subliners to reach the semis before being eliminated by the Huntsmen in a tightly contested 3-2 finish.

Team Of The Tournament

Selecting a “team of the tournament” based on the player statistics doesn’t reflect some of the pivotal moments or important clutch moments that shifted the dynamics of the match mid-round.

Dallas Empire’s Ian “CrimSix” Porter had a difficult start on Saturday with a lackluster performance in the group game against Seattle Surge. He fared better against his former teammates in the Chicago Huntsmen and the replay against Seattle Surge but was relatively overshadowed by the superb performances of Huke and Clayster. It was only in the third, and potentially final game for Dallas in the semis, of Domination on Hackney Yard with the London Royal Ravens looking at a 3-0 clean sheet, that CrimSix came alive.

Ultimately shifting the momentum of the entire match, CrimSix anchored in key positions and took 33 heads for 20 deaths while capturing four flags and taking the round 211-162. Dallas went on to win 3-2 in a tense Piccadilly Search And Destroy decider to secure their spot in the finals. With that being said, the first Home Series event for CDL shone the spotlight on some brilliant individual performances, but the Huntsmen roster features strongly in our line-up.

Unsurprisingly, “The King” makes the list. Despite admitting that his performance in the final against Dallas Empire was disappointing, Scump was statistically the best Search And Destroy player of the event. Scump posted an impressive overall SnD tournament K/D of 2.13 (51/24), but if you take into consideration the phenomenal performance of fellow teammate Envoy who comes in second with 1.48 (37/25) that stat is even more impressive. Not only can he boast about being the deadliest SnD player of the event, but he played his Slayer role on Domination effectively – taking the overall majority of Domination frags for the team (21.06%).

Perhaps the T2P moniker shared by Scump and FormaL should extend to Envoy who put on a dominant display of skill and gaming IQ. Envoy transitioned perfectly between slayer and objective orientated, whether it be holding down spawn, long flanking runs on Hardpoint or piling up the frags. While Scump proved most effective on SnD, Envoy enjoyed an all-rounder performance.

The AR category role proved to be the toughest choice. FormaL, wuskin, Clayster and Denz had some stellar performances, and you could make a strong argument for all of them. The decision may ruffle some feathers, but once you delve into the numbers the AR man from Seattle just edges out the competition. Octane’s performance is the only positive that Seattle Surge can take from their first CDL Home Series event.

A 3-0 drumming from finalists Dallas in their first group game put them on the back foot before beating an LA Guerilla’s team struggling to find form in the losers bracket. Seattle clawed a game back in their replay against Dallas but was eventually knocked out 3-1. Octane comes in second behind wuskin in Hardpoint K/D, but tops the leaderboard on Hill Time and was overwhelming the most effective fragger on Domination.

For many, Gunless is the ideal example of a good flex player, and those qualities were on show in London. Regularly posting positive K/D’s across the modes and through the tournament, a strong respawn bracket K/D and leading the team in bomb plants. Gunless’s aggressive rotational play was incredible and put the pressure early on before their opponents could find their flow. Gunless’ performance in match five against Dallas and the eventual final was particularly exciting.

Arcitys adopted a more flexible role, proving he can be just as deadly with the Sub. Posting an overall positive tournament K/D of 1.05 and consistent across the modes, Arcitys was crucial for the Huntsmen in securing their first season win.

All eyes will be on Atlanta next weekend, as FaZe hosts the next CDL event. The Chicago Huntsmen will hope to continue their hot form, particularly against the hosts as many fans see FaZe as the only team that might humble the current league leaders. Get the latest Call Of Duty news here! 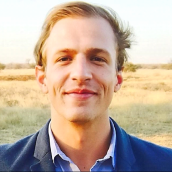 Based in Cape Town, Myles works full time as a content and SEO strategist but finds time to write about anything gaming related. If he isn't riding his pet cheetah, he's probably letting the squad down on CS:GO, Call of Duty and Battlefield.

Rocket Arena isn’t a dead game, and other reasons why you shouldn’t buy into narratives on social media