Teamfight Tactics is coming to mobile devices in 2020

The first event for Apex Legends Season 3, Fight or Fright, went live today and brought with it an entire pillow’s case full of treats for players, and a whole new limited-time mode fittingly named Shadowfall.

As we already knew from the event trailers Respawn dropped yesterday, plus some teasers hid in rather strategically placed dev leaks, our gracious host and announcer – and possible future champion – for the new Shadowfall game mode is the mysterious Revenant. 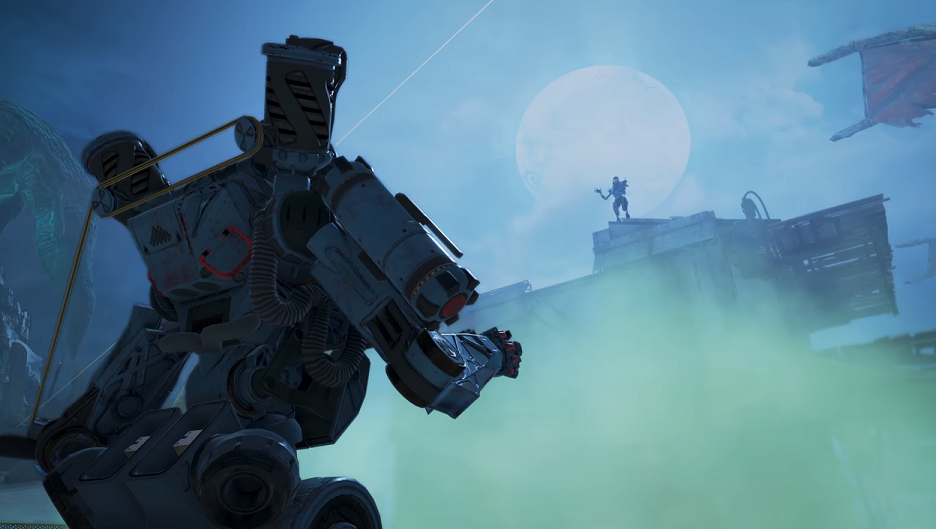 For those of you who know your French, Revenant comes from the word “revenant” meaning “returning” and is the name for a reanimated corpse brought back to haunt the living in many cultures’ folklore.

Fittingly, Revenant is bringing back a spooky, nocturnal version of Kings Canyon as well as a bunch of undead Apex Champions to mercilessly hunt you down from beyond the grave.

For those of you old enough to remember the glory days of Halo 2, you’ll recognize the new Shadowfall mode as being very similar to that game’s Zombie mode, with a few Battle Royal and Apex specific twists. 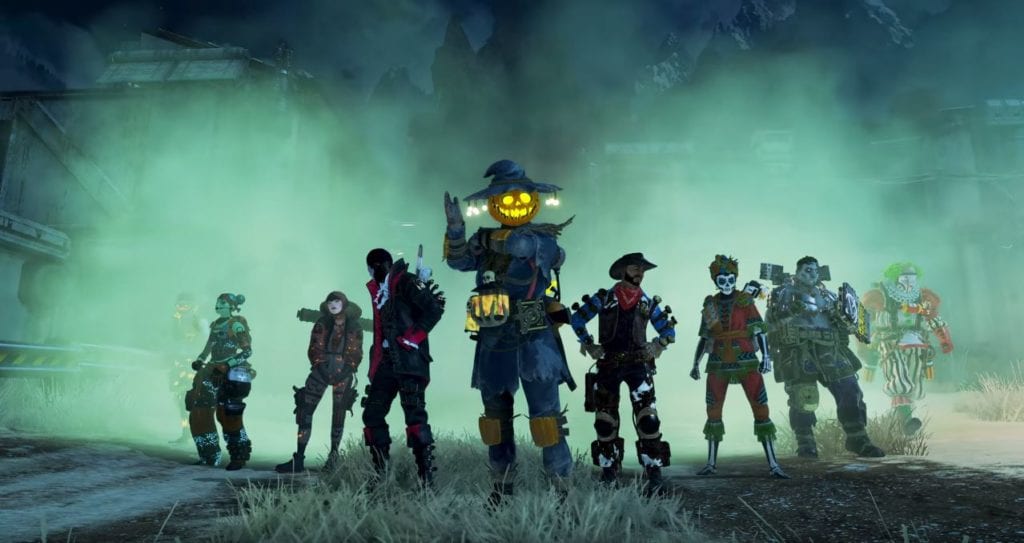 In the new mode, you and 34 other champions drop into a nighttime version of Kings Canyon, complete with green, glowing, fire breathing Dinosaurs in the middle, where players proceed to kill each other off as per usual. Since this is Revenant’s game, however, when players die, they return as zombified versions of their champion who cannot use weapons or abilities but gain an immense speed and melee damage boost and improved visual functions that operate like full screen, long-range Digital Threat scopes.

Surviving players will then have to contend not only with other players but super-fast and super-strong zombified players until there are only 10 players among the living. Once that happens, the last 10 players will be instructed to make their way to an evac site, avoiding or killing the continuously respawning zombies along the way, where they will find a dropship player will have to board to escape and survive the night for the win. If all of the survivors are killed or none make it to the evac ship before it departs, zombies win.

While the game mode may be a “solo” queue, much of this game ends up relying on teamwork in the end-game. For the undead team, unless you can get a blitzkrieg sneak-attack on lone survivors, your best bet is to work as a pack, which when you’re running in a group of even three or more feels really fun.

Conversely, once the surviving player pool drops to 10, those remaining players have a much higher chance of survival if they work together, not only to deal with attacking swarms but to lock down that evac point before it gets overrun by one.

Also, the loot bins are full of spiders.

Is this apex or resident evil… from apexlegends

For players who remember Season 2 events like Iron Crown, the set-up for the new Fight or Fright event items won’t be very surprising. The event comes with 33 new items, 8 of which can only be unlocked through event challenges including, plus a new heirloom item for Lifeline called the Shocksticks which will only be available once a player has acquired the 25 items available from event pack drops.

Fortunately, in the ways Fight or Fright differs from Ironcrown, it’s clear the developers heard the complaints from players about what they viewed as an unfairly expensive paywall.

This time, the Fight or Fright event is offering 3 separate options for players to obtain the new limited-time cosmetics:

For the more financially conscious gamer, the cheapest option for collecting all 25 cosmetic items is through crafting and Event packs, but that will still set you back 16,800 Apex Coins–about $160. While $160 may seem expensive, and it kind of is for a free to play Battle Royale, it’s still cheaper than the 18,900 Apex coins, or $180, required to purchase Bloodhounds heirloom or the nearly $500 you would need to drop to get Wraith’s in a normal event pack – something you’ll also have to do if you want the Shocksticks after November 5th.

With the first day of Fight or Fright in the bag, it’s shaping up to be a successful event, just as long as everyone agrees to stop rage-quitting as soon as they become a zombie in Shadowfall.

Seriously, you suck, and no one likes you if you do that.