Apex Legends’ next limited-time event is a Halloween-themed “Fight or Fright” collection event set to run from October 15 to November 5, EA announced today.

Shadowfall, the new limited-time game mode, will see 35 players drop down into Kings Canyon to battle at night. This game mode will bring a unique twist to the previous solo mode that was playable during the Iron Crown Collection event in August.

Once ten living legends remain in the game, these players must then work together to escape the map via an evac ship, all while the undead players attempt to stop them.

The Fight or Fright event will also feature a variety of challenges that will allow players to unlock free exclusive skins, badges, and music packs.

Players will earn a music pack for their first login during the Fight of Fright event.

There’s also a variety of legend skins, weapon skins, and a three-tiered badge that can be earned from playing the limited-time Shadowfall event.

Players who win as both a legend and a shadow in Shadowfall will earn the Nocturnal Elegance legendary weapon skin for the Devotion LMG.

And everyone who completes 20 daily challenges from October 15 to November 5 will also receive the Haymaker legendary weapon skin for the Alternator SMG.

For this Fight or Fright event, all 24 event-exclusive items will be available via direct purchase, crafting, and event apex packs.

Respawn is also updating the way that the latest heirloom item can be unlocked. By unlocking all 24 of the Fight or Fright collection pack items during the event, players will also unlock the Lifeline heirloom set for free. The heirloom set will continue to be available following the event as a bonus in regular apex packs. 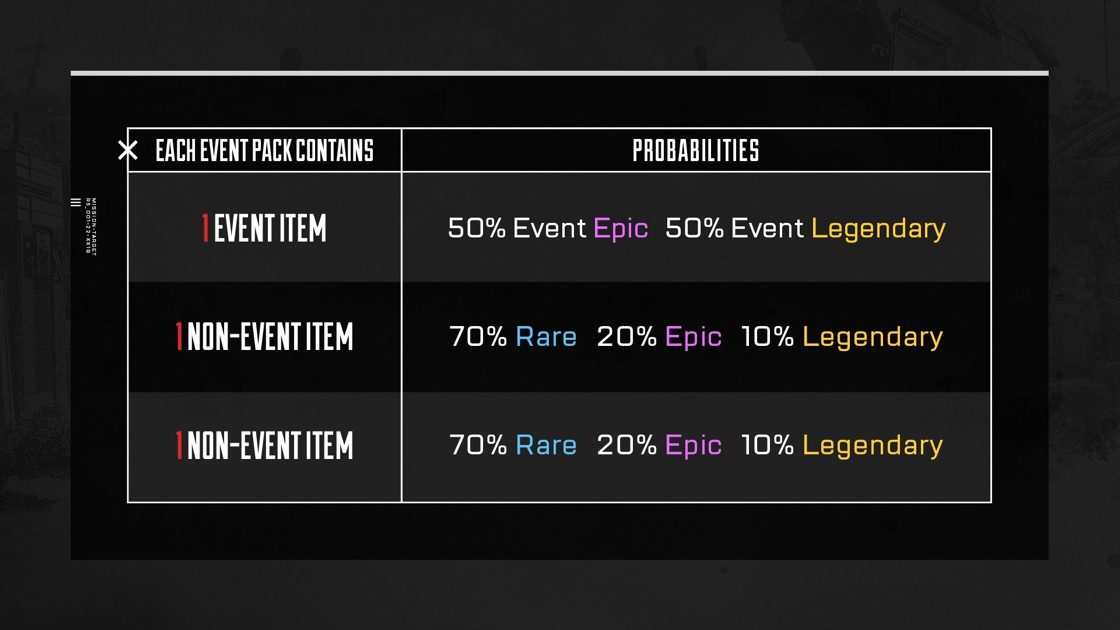